By now we are all aware that the AGS data interchange format saves having to re-key borehole data, and that the earlier in its life the data is committed to AGS, the greater the benefit. Up to now the earliest practical opportunity to do so was after the borehole information had been written by hand, either by the driller or the on-site engineer. Typing up the driller’s notes is extremely time-consuming, and often requires a trained professional to correctly determine what needs to be entered. It is also at this stage, when the information is transcribed from the driller’s log to the computer, that most data errors are introduced.

The answer, of course, is to bring the computer to the drilling site, and enter the data immediately – an electronic version of the driller’s log. However, there are obvious problems with this idea. Standard laptops/palmtops are not waterproof or rugged enough, and rugged field computers are prohibitively expensive.

But now, with the arrival of Pocket PC technology, a solution is at hand. After 18 months of trials with a number of SI companies, software developers Key Systems Geotechnical have now launched their PDA exploratory hole logging system, PocketSI.

The problem of operation in all weathers and surviving the rigours of site work has been addressed by protecting the device in an Otterbox® armoured case that enables the touch screen and function buttons to be operated through a waterproof membrane. 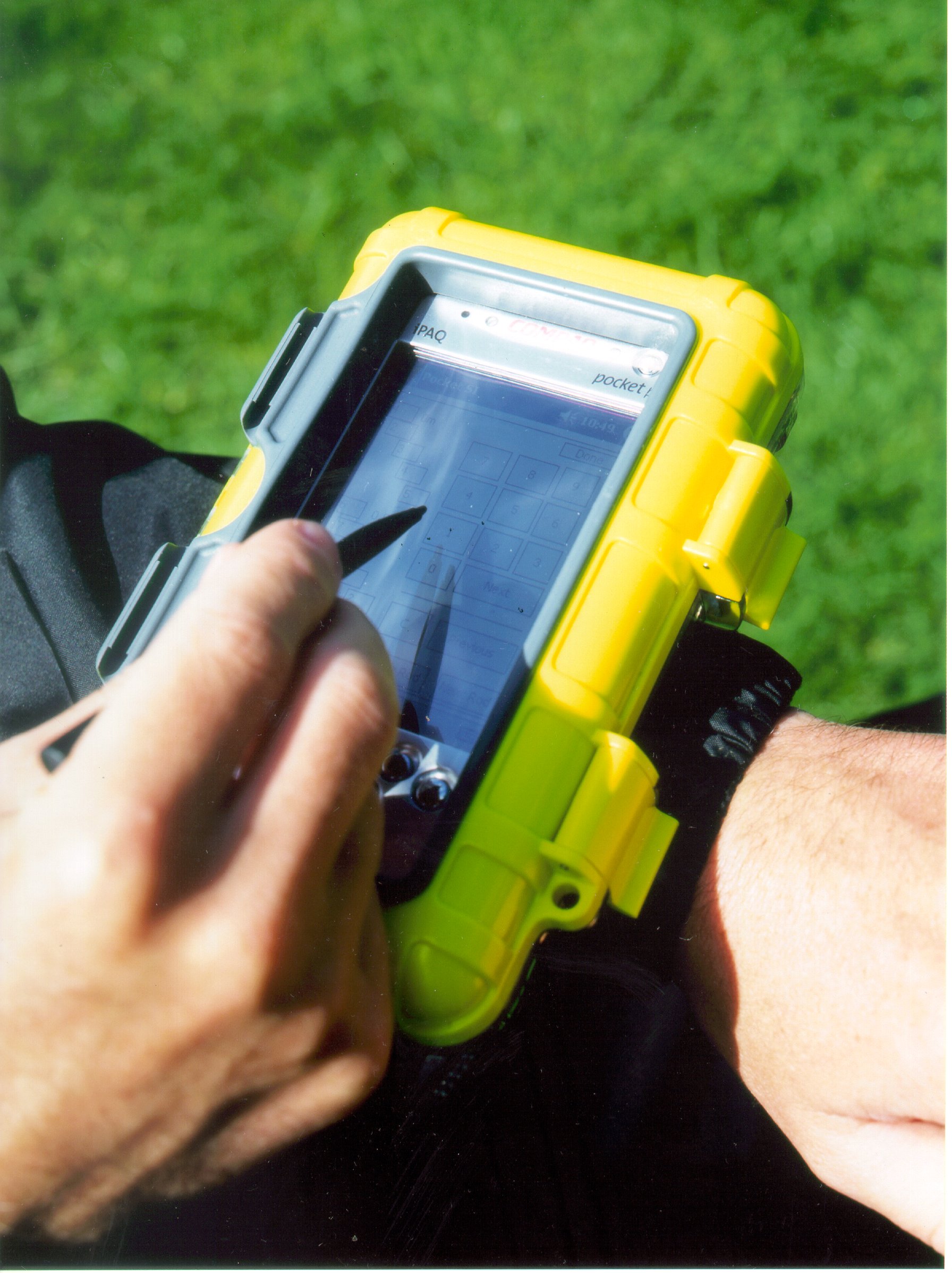 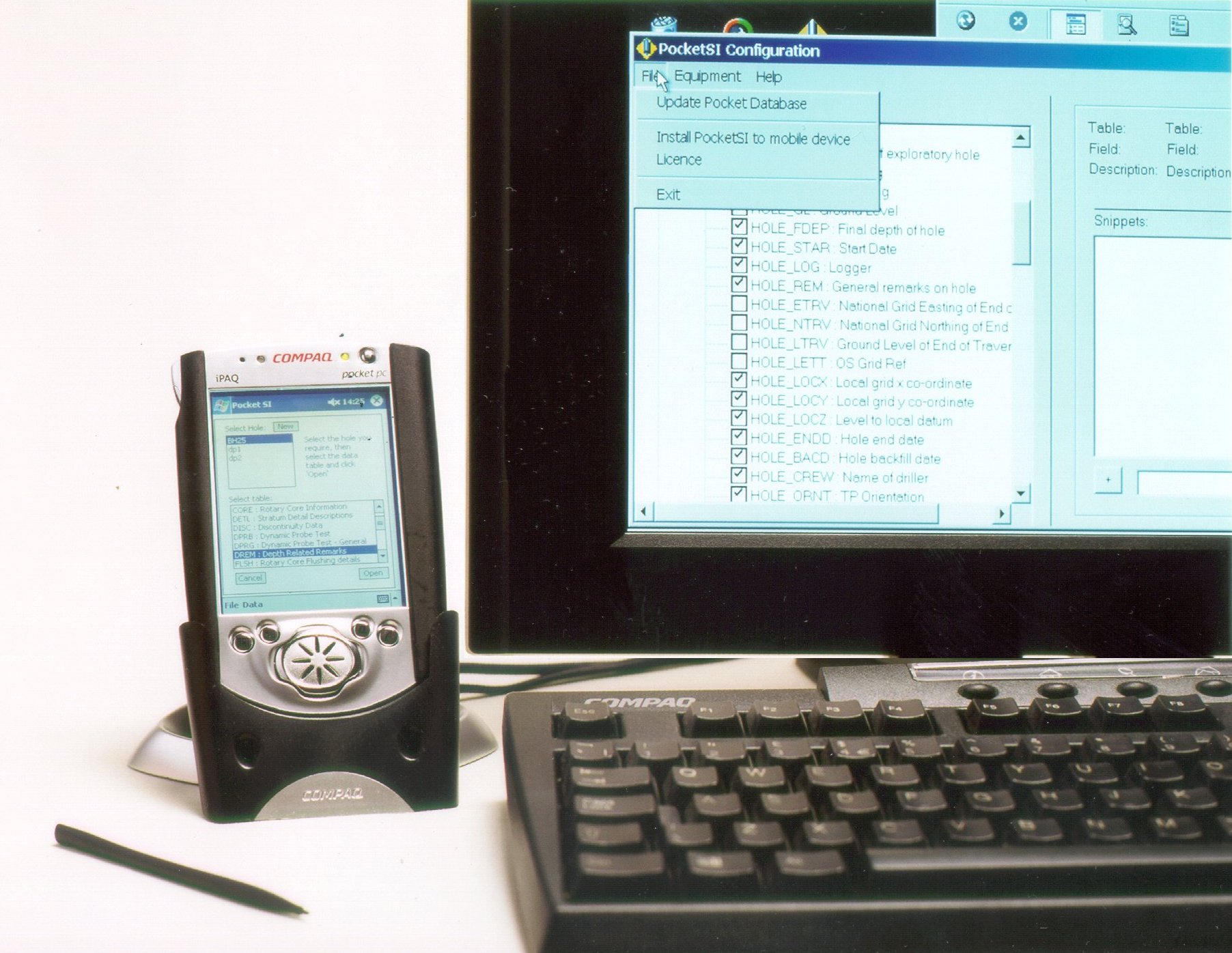 PocketSI synchronizing with its base station

The software is easy to use, very intuitive, and flexible enough to handle a wide range of on-site scenarios. It has a number of ‘optimized’ data interfaces for handling common tasks like trial pitting, dynamic probing and standard penetration tests.

It also makes light work of text and number entry by providing dropdown lists and simplified keypads. Longer text fields, such as sample or strata descriptions, even have ‘snippets’, or lists of common words and phrases that can be inserted simply by tapping the screen. Previously used complete field entries are stored in a list to be re-used for subsequent records.

Output is, of course, via AGS format, and data can be transmitted by email at frequent intervals during site investigation, or saved up until it can be downloaded to a PC. Most of these portable machines are capable of carrying non-volatile flash memory cards, so the data is safe even if the device becomes unserviceable.

The Pocket PC is well placed to exploit the merging of the telecommunications and computer technologies, and a number of models are already supplied with a built-in telephone.