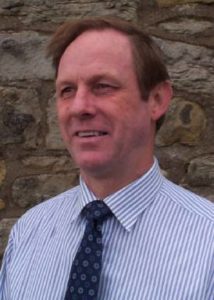 Phil Crowcroft is a Technical Fellow in the Asset Management team of ERM based in the Edinburgh office.  He has over 40 years experience in dealing with land contamination, brownfield regeneration and natural resources, combining his training as a civil and geotechnical engineer with experience on the broader aspects of the environment such as chemistry and hydrogeology. Phil was SiLC Chair of the Board (2011-2019) and the PTP (2008-2017). He is moving into retirement in 2020, and joining his wife in running a vintage department store in Berwick upon Tweed.

What inspired you to get into the brownfield regeneration field?

My fear of chemistry pushed me to take maths, physics and geography A levels, and I realised then that the ground and what lies below was really where my interest and enthusiasm lay. This led on to a Bachelors degree in civil engineering and a Masters in geotechnical engineering. After 2 years work in mainstream construction, I moved jobs in 1978 to join a site investigation contractor, and discovered the huge variety of work and challenges that the ground poses to every building and civil engineering project. I also realised that I couldn’t leave chemistry behind because of the range of brownfield sites which were coming to development. Undertaking investigations on gasworks and landfill sites in the 1980s also highlighted the the very rudimentary state of understanding the challenges posed by such sites present.

What does a typical working day entail?

There is and has never been a typical working day, which is part of the fun of being in this business. Looking back over the last 45 years, I have enjoyed the challenge of helping to develop the approach to dealing with brownfield sites, whether as a contractor, a consultant or a regulator. But I’ve also tried to balance work with home life, so you won’t catch me working late into the evenings, unless I’m away from home, which perhaps was far more often than I ever expected.

Are there any cases which you are particularly proud to have advised on?

From a continuity point of view, I am proud to have worked on the contaminated land aspects of the EIA for high speed rail, starting in 1990 on the Channel Tunnel Rail Link from Folkestone to London, then since 2012, from London to Birmingham and Birmingham to Manchester and Leeds. I’ve worked alongside some brilliant people on this major project, and I am a huge fan of the railways, having spent far too much of my life sitting in traffic jams on motorways.

I am also very pleased to have worked on national guidance since the 1990s, including Industry Profiles, NFHA guidance, Model Procedures and the WDA Manual. I am sad that government policy has swept away great centres of excellence such as the Environment Agency Contaminated Land and Groundwater Centre, and has abandoned the production of guidance.

What are the most challenging aspects of your role?

I think that developing a capability in providing expert witness services has been the scariest thing I have done, but over time, it becomes less scary and more thought-provoking. I’m lucky to have developed an understanding of what we actually considered to be best practice at any moment of time since 1980, and I have most of the guidance since that time in my attic. I have a memo I wrote in 1985 telling fellow geotechnical engineers how to use ICRCL guidance. How sad is that? My career is finishing off with two cases in court, with the exciting prospect of being cross-examined by articulate barristers intent on your downfall. The battle commences….

What changes would you like to see implemented in the industry?

I would like to see the allocation of sensible government budgets to support development of relevant guidance covering the brownfield industry, and the support by public funding of research bodies such as CLAIRE, CIRIA and SiLC .

Why do you think SiLC is important to the brownfield regeneration field?

Lord Rogers and his Urban Task Force recognised in 1989 the need for competent people to work in a sector which embraces many different disciplines, and within 2 years, a working group comprising public and private sector bodies had developed the scheme and got it up and running. It continues to this day, and this is testimony to the need for and value delivered by such a scheme. My most recent litigation has centred on whether a consultant was negligent in dealing with a brownfield site, and much of the discussion has been around whether people were competent to carry out the roles they played. SiLC delivers confidence that an individual has core competence in their own subject area, whilst recognising and appreciating the parallel skills which are needed to deliver the reclamation and redevelopment of brownfield sites.

What has been one of the highlights of your career?

Over the last 40 years, I have been lucky to have worked with, and been responsible for, groups of talented people who deliver day in day out on brownfield projects. I don’t know how many job offers I have made, but I know many people who it has been my privilege to offer jobs to, who have then gone on to run their own teams, and lead the way in their own subject areas. I have managed, and then been managed by some, and they make me so proud to have helped them start their careers, and achieved success. Thank you to all of you.