In September 2018, the AGS launched their first photography competition to try and capture the industry’s most creative working images.

A staggered 71 entries were submitted, each covering a range of topics across the geotechnical and geoenvironmental sector including site work, team work, landscape imagery and machinery shots.

The AGS Magazine Editorial Board took the challenging task to judge the images by scoring across four criteria;

23 images were shortlisted, and we’re pleased to announce the overall winner of the competition who won a Fortnum and Mason Piccadilly Hamper, and two runners up who have each won a bottle of Champagne; 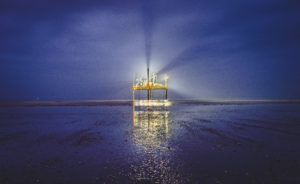 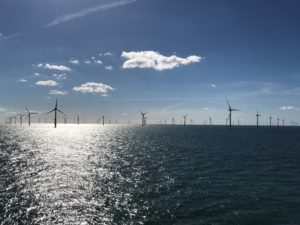 This photograph showcases the UK south coast’s first offshore wind farm – Rampion Offshore Wind Farm. Rampion consists of 116 wind turbines off the West Sussex coast near Worthing. RSK personnel from offices throughout the UK across numerous disciplines, including geosciences, have helped to help bring this project to fruition. 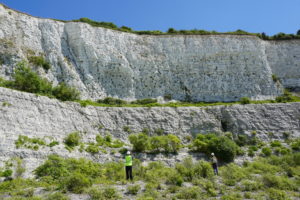 The AGS would like to thank all those who took the time to enter the photography competition. The overall standard of entries was extremely high, and the judging panel found the task challenging in shortlisting the top three entries.