There are 209 Poly-Chlorinated Biphenyl (PCB) congeners, named in simple terms using BZ numbers, ranging from BZ#1 (2-Chlorobiphenyl) to BZ#209 (2,2’,3,3’,4,4’,5,5’,6,6’-Decachlorobiphenyl).
Of these 209 congeners however, only the EC7 and WHO12 congeners are routinely tested for by commercial environmental testing laboratories. So why only these 18 congeners (one congener, BZ#118, appears in both suites) you may ask? And what about the other 191? Furthermore, which of these PCB suites would be the most suitable for your site investigation?
Poly-Chlorinated Biphenyls (PCBs) are Biphenyl organic compounds, C12H10, with the hydrogen atom substituted by a Chlorine atom. There can be from one to ten substituted atoms, C12H10-nCln (where n= 1 to 10). Depending on the number and position of the Chlorine atom/s around the Biphenyl, denotes which congener the PCB is, and named accordingly.

Commercial production of PCB mixes (e.g. Aroclors) began in the early 1930’s up until the 1970-80’s when they were phased out due to environmental concerns. PCBs are particularly useful for their electrical insulation properties, low flammability, and stability. Subsequently, they were used in transformer oils, coolants, paints, and flame retardants, to name just a few. Unfortunately, also due to these properties, they pose a significant risk to the environment, and were classified as one of the initial 12 Persistent Organic Pollutants (POPs) under the Stockholm convention1. According to the European Food Safety Agency (EFSA) 2 however, only 130 of the 209 PCB congeners have been reported in commercial Aroclor mixes and environmental samples.
PCBs can be sub-divided into two categories; the coplanar and non-coplaner congeners.
The co-planer congeners either have a single or no Chlorine atoms substituted for a Hydrogen in the ortho position (figure 1. A single or no Cl in position 2, 2’, 6 or 6’) on the phenyl rings. They are dioxin like in character, there are twelve of them, and are recognised by the World Health Organisation (WHO) as being used to determine Toxicity Equivalent Factors (TEFs) in relation to the most toxic dioxin 2,3,7,8-Tertrachlorodibenzo-p-dioxin (TCDD). Health risks include reproductive and developmental toxicity, and / or immune suppression.3
The non-coplaner congeners have more than one Chlorine atom substituted for a Hydrogen in the ortho position on the phenyl rings. These congeners are considered to be less toxic, as they do not bind to the aryl hydrocarbon receptor which causes the health effects associated with the dioxin like PCBs. However, they are still toxic, and have shown to elicit neurological, endocrine and immunological effects, and are 4% more abundant in soil and 5% more in food, than the dioxin-like PCBs.3
So which PCB suite would you select for a site investigation? 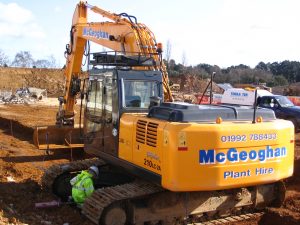 A WHO-12 PCB suite is used to monitor the TEFs of dioxin-like-PCB compounds for a site investigation of human health risk assessments. If a site analysis was restricted to only the WHO-12 PCBs however, it is worth remembering that they are less abundant in the environment than the non-dioxin-like PCBs, and only make up by weight <4% of the commercial Aroclor mixtures produced. Therefore, even if a negative result for the WHO-12 PCBs is received, the site could still potentially contain a significant amount of the non-dioxin-like congeners. The PCB 7 suite was initially selected by the International Council for the Exploration of the Sea (ICES) as a PCB screen for monitoring biota and sediment samples, and became a mandatory requirement of the OSPAR Co-ordinated Environmental Monitoring Programme (CEMP).4 Subsequently, this became the recommended suite by the European Union Community Bureau of Reference for monitoring PCBs, and was also specified and a limit assigned in the UKs Landfill Directive for Waste Acceptance Criteria. These seven PCBs were selected as indicators as they make up ~20% by weight of PCBs in commercial mixtures3, they have a wide chlorination range, and one dioxin-like congener is included (BZ118). They are more likely to be found in environmental samples and at higher concentrations compared to the WHO-12. 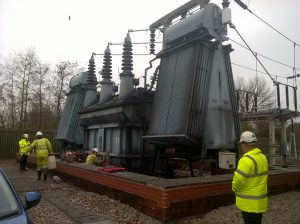 To cover all the PCBs present, an Aroclor matching total PCB suite could be performed. This covers all PCBs present and are quantified against the nearest matching Aroclor standard, although does not identify individual congeners and LODs are very high compared to the PCB7 and WHO12 screens.
So which suite should you select? Ultimately, the historical use of the site and the subsequent risk assessment of it would dictate the choice. Regardless of this however, the advantages of requesting a PCB-7 and a WHO-12 together cannot be underestimated in providing a full indication of the PCB contamination present at trace levels if any. Alternatively, if only a PCB-7 suite was requested, and the dioxin-like-congener (BZ#118) was found, an additional WHO-12 PCB test would be advantageous in assisting in the risk assessment process.

This article was published in the November/December issue of the AGS magazine. Click here to view the full magazine.